0 avg rating
Book 11 of 39 in the Top 40 Best Science Fiction Television Series
2 votes 0 comments
It's 1946; the war is over, but Peggy Carter has new battles to fight as the men return home. The love of her life -Steve Rogers -is gone, and Peggy is pinned with administrative work at her new job in the covert SS R (Strategic Scientific Reserve). She finds solace in secret missions from Howard Stark -but the missions are more dangerous than she knows. Hayley Atwell reprises her role as Peggy Carter in the show inspired by Marvel's feature films Captain America: The First Avenger and Captain America: The Winter Soldier, along with the short Marvel One-Shot: Agent Carter. In this collectible volume, go behind the scenes with production design, photographs and stills from the set -plus interviews with the cast and crew. Follow Peggy's journey in Marvel's Agent Carter: Season One Declassified as she navigates life as a single woman in an America still recovering from war. 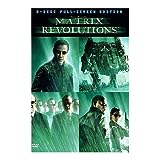