Visible
Crowd
Spunky Heroine Science Fiction is categorized by its protagonist, who is a spunky female character, rather than its plot or other characteristics. A Spunky Heroine is an awesome girl; she is a strong character who knows how to take care of herself.

3 avg rating
21 Comments
In 2198, one hundred and fifty years after the desperate wars that destroyed an overpopulated Earth, Man lives precariously on a hundred hastily-established colony worlds and in the seven giant Ships that once ferried men to the stars. Mia Havero's Ship is a small closed society. It tests its children by casting them out to live or die in a month of Trial in the hostile wilds of a colony world. Mia Havero's Trial is fast approaching and in the meantime she must learn not only the skills that will keep her alive but the deeper courage to face herself and her world. Published originally in 1968, Alexei Panshin's Nebula Award-winning classic has lost none of its relevance, with its keen exploration of societal stagnation and the resilience of youth.
Nebula
Hugo
2
9
4

3 avg rating
17 Comments
Engineered from the finest genes, and trained to be a secret courier in a future world, Friday operates over a near-future Earth, where chaos reigns. Working at Boss's whimsical behest she travels from far north to deep south, finding quick, expeditious solutions as one calamity after another threatens to explode in her face....
Nebula
Hugo
Locus Science Fiction
3
6
2

In the ruins of a place once known as North America lies the nation of Panem, a shining Capitol surrounded by twelve outlying districts. Long ago the districts waged war on the Capitol and were defeated. As part of the surrender terms, each district agreed to send one boy and one girl to appear in an annual televised event called, "The Hunger Games," a fight to the death on live TV. Sixteen-year-old Katniss Everdeen, who lives alone with her mother and younger sister, regards it as a death sentence when she is forced to represent her district in the Games. The terrain, rules, and level of audience participation may change but one thing is constant: kill or be killed.

Only once in a great while does a writer come along who defies comparisonâ€”a writer so original he redefines the way we look at the world. Neal Stephenson is such a writer and Snow Crash is such a novel, weaving virtual reality, Sumerian myth, and just about everything in between with a cool, hip cybersensibility to bring us the gigathriller of the information age.

In reality, Hiro Protagonist delivers pizza for Uncle Enzoâ€™s CosoNostra Pizza Inc., but in the Metaverse heâ€™s a warrior prince. Plunging headlong into the enigma of a new computer virus thatâ€™s striking down hackers everywhere, he races along the neon-lit streets on a search-and-destroy mission for the shadowy virtual villain threatening to bring about infocalypse. Snow Crash is a mind-altering romp through a future America so bizarre, so outrageousâ€¦youâ€™ll recognize it immediately.
BSFA
Arthur C. Clarke 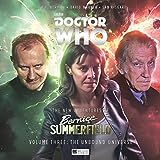 The Diary Of River Song