5 avg rating
Book 30 of 47 in the Best Modern Science Fiction Books
5 votes 0 comments
What if you could go anywhere in the world, in the blink of an eye?Â  Where would you go?Â  What would you do?Â Â
Â Â
Davy can teleport.Â
Â
To survive, Davy must learn to use and control his power in a world that is more violent and complex than he ever imagined.Â  But mere survival is not enough for him.Â  Davy wants to find others like himself, others who can Jump.
Â
And that's a dangerous game.
Â
Jumper is a 20th Century Fox/New Regency production, starring Hayden Christensen, Samuel L. Jackson, Diane Lane, and Jamie Bell.Â 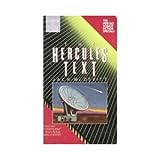 The Dervish House
by Ian McDonald

The Windup Girl
by Paolo Bacigalupi

The Player Of Games
by Iain M. Banks

A Deepness In The Sky
by Vernor Vinge

Jumper ranks on the following lists